HOW VIRTUAL REALITY WILL TRANSFORM THE TRAVEL INDUSTRY


What is VR all about?

Virtual Reality (VR) is the term used to describe a three-dimensional generated environment which can be explored and interacted with by a person. That person becomes part of this virtual world or is immersed within this environment and whilst there, is able to manipulate objects or perform a series of actions. Types of VR and how you can experience them

How to view VR content & where it is being used

VR being used in the Travel Industry

Clients in the travel industry are looking to gain experience. This in the past has been done through reading descriptions, view images, look at videos, read customer reviews or seek opinions on social media.

Where we normally say an image is like 1000 words and in VR it tells the whole story.

It gives users the ability to experience what they may expect. This tool can dramatically enhance customer confidence and therefore increase the decision to make the booking. With Virtual Reality, people are now able to see and visit these destinations before they go. 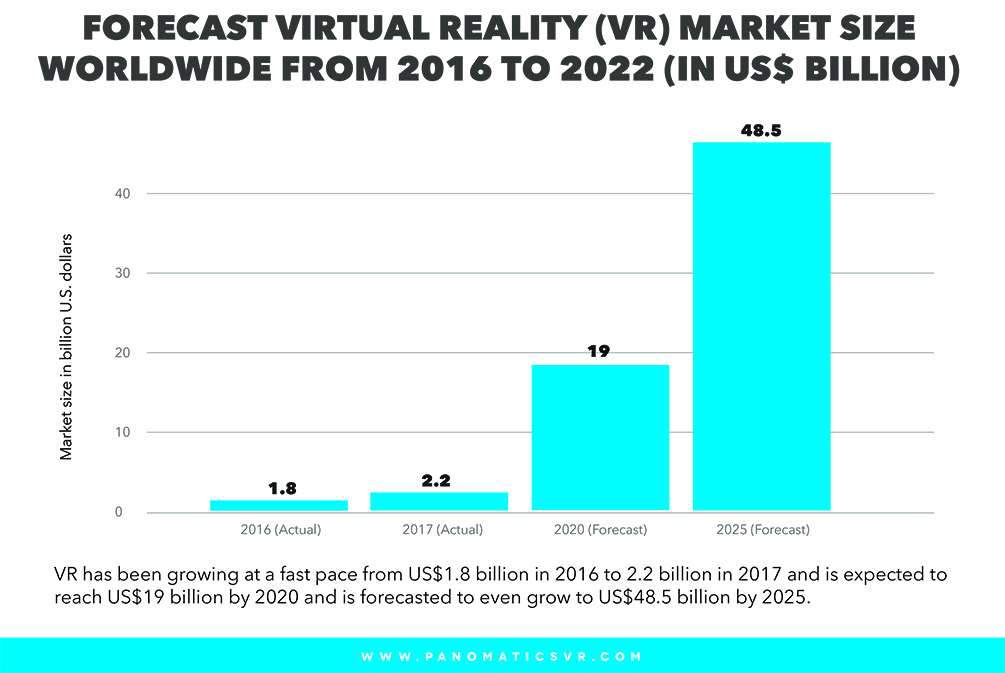 How VR content is used and transforms into the future

Anantara has been working with Panomatics for over 2 years and has completed works on the majority of  Anantara properties. As a result of the effect of the VR tours, Anantara decided to redesign the corporate site to better display the VR  content.
The way Anantara is using its visual content is:

Website: A thumbnail has been embedded on the home page so users can directly interact with the virtual reality.
https://www.anantara.com/en/jabal-akhdar/

Offline: Anantara used the content on trade shows and sales call on their tablets and mobile phones. This has a great effect on its clients as they can show their resellers their product which enhances confidence and increases sales.

Sharing: This is the biggest trend in the future as more travel agents and portals are expecting 360 VR content. At Anantara, we make sure we give copies to all of our travel agents so they can show this to their clients.

As more individual 360 VR content providers and marketplaces are available it will become increasingly important to be able to transform the content into multiple platforms.

Google Street View:  Is a major platform for 360 VR content. We think it's great but lacks a bit the quality and interactivity.

Facebook ad Instagram:  This is a great tool to post individual 360 VR images. The effect and engagement of users is great. Though this tool is a bit more short-lived.

360 VR portals: There is a number of hospitality portals coming up at the moment.

The Future
But actual ongoing travelers are not the only audience. With Virtual Reality, people can use their iPhone or Android phone to approach places that might
not be able to visit in real life, for example, a sealed-off tourist attraction with environmental fragility where no one is allowed anymore.
In these cases, VR apps might be the only way in which a highly populated world can experience some of the wonders that are far away from our reach for protective reasons.

Finally, even if you booked your trip and already returned from your selected destination, travel agencies have begun to whisper about the possibility of selling you the experience you had, as unique as you lived it, in case you want to go back and re-watch it again.

We have built on of those place: www.indonesiain360.com